In the Experience Economy, the desire for material goods is superseded by a craving for meaningful experiences, personal growth and the fulfilment of one’s talents and potentialities. Nick Rice looks at how modern luxury is more about “who I am” that “what I have.”

What do you think will matter to you in the twilight of your life? What kind of memories do you imagine will flood your mind?

A dear friend is 104 years old and nearing the end of a full life. One that he loves to talk about. His stories are compelling, filled with people and humour. He recalls his experiences, not possessions. His relationships and adventures are the real treasures, not long forgotten objects. It’s the things we do, not the stuff we own, that makes us who we are.

This is timeworn wisdom of course. Herotodus said, “Of all possessions, a friend is the most precious,” Leonardo da Vinci noted, “He who possesses most must be most afraid of loss,” and Seneca concluded, “Money has never yet made anyone rich.”

Millennials and Gen Xers are picking up on such sage advice and swiftly realising that accumulating experiences rather than objects is a wise thing to do.

How does this affect the global luxury goods market? It means the sector must be agile to survive and quickly adapt to the constantly evolving definitions of what luxury actually is. Luxury has always served as a social tool used for differentiation in relation to others. Knowledge and status is conveyed by the objects and services we choose and can afford. The purchases we make function as signifiers of sophistication and social standing. However, the narrative is in flux.

The ongoing change is described by the celebrated businessman, futurist and best-selling author Alvin Toffler, as occurring in waves.

The first wave was the agricultural society where land is the primary source of wealth.

The second wave comprises the Industrial Revolution and a dominant economic trend of mass production, distribution, consumption, education, media, recreation and entertainment. This “massification” of the economy meant that luxury was not restricted only to the few. The 20th Century saw huge numbers of the world’s population gain access to former ‘luxuries’ such as cars and coffee, education and culture.

In the 21st Century, we are riding the third wave, where mass untrammelled consumerism is swept away by a demand for experiences. Quality and responsibility are now more important than convenience and a cheap price tag. Authenticity trumps artifice and consumers are now more aware than ever before about the consequences of their purchasing decisions. Mindless consumption is on the way out as people assess the ramifications of their purchases and vote for a better world with their wallet.

In the second wave the demonstration of luxury involved access to the highest levels of culture and education and prominent displays of material wealth.

In the third wave, luxury is no longer being defined by a place in vaunted institutions or conspicuous displays of ownership. Ostentation and the flaunting of precious objects is being overshadowed by the Experience Economy.

Status today is less about the Rolex on your wrist or the Hermès Birkin bag on your arm and more about the on-demand arrival of a limousine, the smartphone booking of a superyacht charter for a week in the Caribbean or a private jet to the VIP section of a music festival in California.

A key driver in the third wave is technology, which is greatly disrupting the luxury sector.

On-demand services have recalibrated the expectations of customers. As technology undergoes exponential growth, so does its impact on our societal norms and cultural beliefs – including the very notions of luxury. Immediacy is paramount and the ubiquitous smartphone is transformed into a personal, portable concierge.

In a globalised world, the choices we make as consumers influences the evolution of luxury and what we deem it to be. As luxury is re-moulded, a form of conscious consumerism comes into play. Alongside traditional substantive values such as craftsmanship, rarity and aesthetics, modern consumers are increasingly demanding ethical and sustainable standards – they can now hold companies accountable for the ways in which they do business.

This in turn reveals another layer in the luxury pie. Modern customers want to be virtuous, conscientious, kind and caring. Guilt is not something they’re willing to accept with their purchase of a luxury product or experience. If it’s a safari, there must be no negative affect on the environment or the animals. If it’s clothing, then sweat shops are to be strictly avoided, ruling out many global high street brands.

Luxury is becoming internalised and status moves away from “what I have” towards “who I am.” That can be creative, healthy, tasteful, ethical, vegan, caring, involved, mindful and so forth. Now a customer’s journey of attainment becomes relevant. Whether it be adventure or peace or wellbeing, an idealised version of the individual becomes the central goal in the luxury experience. This is encapsulated by the viral phrase, #LivingMyBestLife.

“Luxury is acquiring new values – it is not merely hitched to a high price point.”

While this catchphrase is inherently superficial – if someone was genuinely living their best life, they’d have no need to announce it –

it does point to how self-actualization is now part of the consumer psyche. As affluent consumers seek to personify their ideals, the suppliers of luxury goods and experiences have an expanding range of opportunities to adapt and deliver according to the new meanings of luxury.

The global luxury goods and services market grew five per cent in 2018 to an estimated €1.2 trillion, with strong performance across most categories. The strategic challenge for luxury brands going forward is to embrace this complex and individualised frontier. A new mind-set in premium consumers requires a multi-dimensional perspective on what quality and luxury can be. They have to understand new consumer psychologies, develop unique products and create authentic communications and experiences with their audience.

As the world transitions into an economy that heralds experience, luxury brands must strive to create meaning in the transaction. Customer fulfilment has moved beyond simply owning an item – now there should be an experience associated with the purchase.

The luxury brands that will survive are those nimble enough to navigate this unfurling luxury landscape. Whether they are well-established or emerging brands in the luxury sector, they must deftly tailor and market their products and services to align with their customer’s values and fit seamlessly into their lives.

Experiences and social interaction are crucial to a new conceptualisation of luxury as they are amongst the most important determinants of human happiness. An abundance of psychology research shows that experiences give people more contentment than possessions.

So, when old age arrives and all those belongings have faded away, it is the memories of experiences that will remain. And what is true now will also be true then – people don’t want to know about what you own, but rather what you do. What counts is not what you have, but who you are.

“Luxury is no longer being defined by a place in vaunted institutions or conspicuous displays of ownership.” 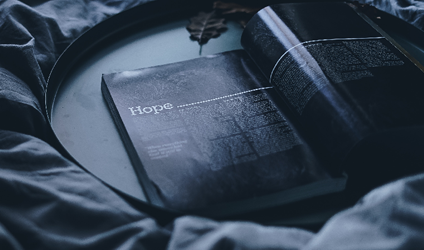 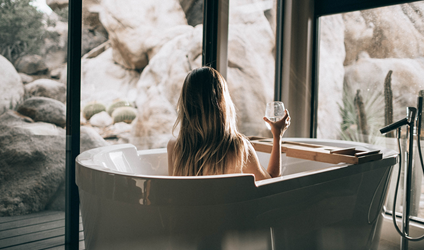